The vibrance of sound 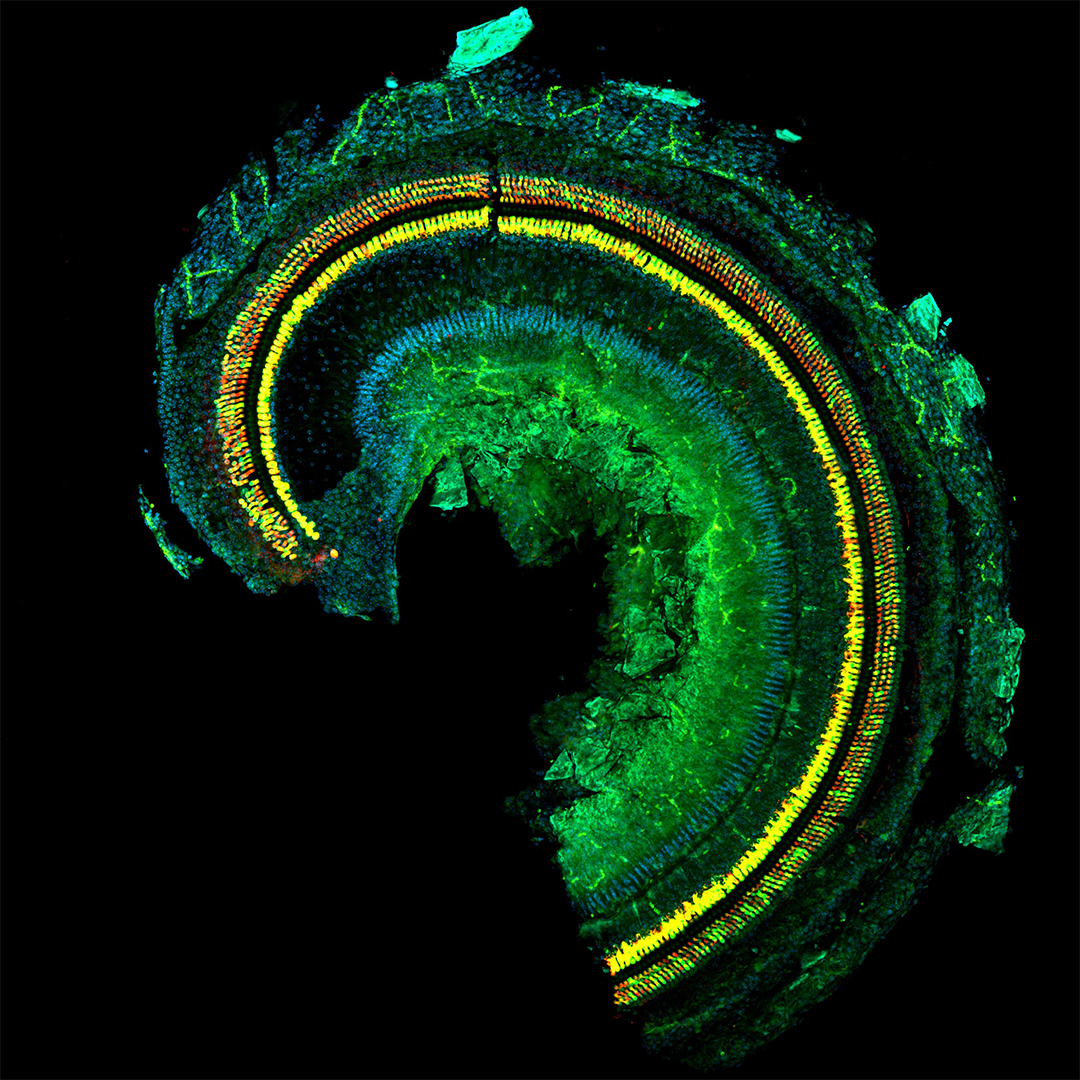 Hereditary deafness affects one in 500 newborns and accounts for more than 50% of severe-to-profound childhood deafness. It also affects the elderly. Nearly half of people in their 80s have difficulty communicating without the use of amplification.

This image, from the Molecular Otolaryngology and Renal Research Laboratories (MORL), shows a mouse organ of Corti, the sensory epithelium of the inner ear, after injection of a viral vector. It’s part of a preliminary study testing a novel gene therapy for a mouse model of a common form of hereditary deafness.

Part of designing a gene therapy delivered with a viral vector involves ensuring that the vector can be delivered and transduce cells of interest (hair cells) without negative effects such as hearing loss.

The team selected an AAV vector, which carries the EGFP protein (green) that is similar to the virus that will be used in gene therapy. All hair cells express myosin VIIA (red). Hair cells that have been effectively transduced by the vector appear yellow, or a combination of green and red. The high rate of transduction seen in this image suggests that a gene therapy construct packaged in this vector will allow successful delivery to inner and outer hair cells.

This image was submitted by Miles Klimara, MD, a postdoctoral research fellow with the MORL.