For years, those who have been stopped in their tracks by arthritis or soft-tissue injuries had limited treatment options besides major surgery. Now, a quickly growing field that uses the body’s own cells to foster healing may be the answer.

The program’s primary mission is to fill a treatment void, according to Kruse.

“We’ve had these standard treatments—such as physical therapy, steroid or gel injections, anti-inflammatories, bracing, and weight loss—for a long time,” says Kruse, a clinical assistant professor in the Department of Orthopedics and Rehabilitation. “When those are no longer effective, the only thing left is surgery. Many patients don’t want surgery, aren’t ready for surgery, or aren’t candidates for surgery. That leads to a massive number of patients that are told they have no other options.

“When someone comes in with one of these issues, and we can say, ‘Actually, we have multiple options that have been highly successful,’ it’s like a massive weight off their shoulders,” Kruse adds. “Oftentimes, people are quite emotional.”

Regenerative medicine has been rapidly growing over the past several years and continues to evolve at a breakneck pace.

“We are so early in this, and things are changing by the week and month,” Kruse says.

The UI regenerative medicine program is comprised of several different types of treatments that accomplish the same objective: Medicinal signaling cells (MSCs)—cells that help heal damaged tissue or structures—are harvested from the patient and then injected into the problem spot—such as a knee joint, shoulder joint, or tendon—to facilitate long-term pain relief and increase function. Most commonly, the cells are extracted from the patient’s abdominal flanks (via liposuction), bone marrow, or blood.

Among the greatest advantages of these treatments is that they’re nonsurgical, which means patients avoid general anesthesia, prolonged recovery periods, and potentially addictive painkillers.

“I explain to folks that regenerative medicine is a way to use your own body and cells to help it heal itself and help provide pain relief,” Kruse says.

Competitive athletes make up part of the practice’s clientele.

“Orthobiologics allows athletes to get back on the field, court, or ice significantly faster than if they had undergone a surgical procedure,” says Kruse, who is also a team physician for the U.S. Soccer Federation and USA Rugby.

But athletes aren’t the only patients who benefit.

“By far the most common person I’m doing this procedure on is a middle-aged weekend warrior,” Kruse says. “All they want to do is keep moving. They work 9-to-5 during the week. On the weekends, they want to go for hikes and runs and play pickleball. And as we get older, we don’t heal as well as we used to. So, using these options can really augment the healing process.”

Kellie Lincoln, 60, of Swisher, Iowa, is a Veterans Affairs hospital nurse. She led an active lifestyle that included hiking and kayaking before her left knee began to deteriorate from arthritis. Cortisone injections had run their course, and a knee replacement wasn’t something she wanted to endure, in part because it would force her to miss too much work.

So, she turned to Kruse, who performed a microfragmented adipose tissue procedure in January 2021. Within months, she had returned to doing all the physical pursuits she loves.

“It’s made a big difference,” she says. “I don’t feel limited anymore. And I feel like my knee is still improving.”

Kruse is determined to keep growing the practice.

“The field has taken off recently,” he says. “There are a lot of exciting treatments in the pipeline right now that I think in the next five or 10 years could be a game-changer. It’s nice to be at the forefront of that.” 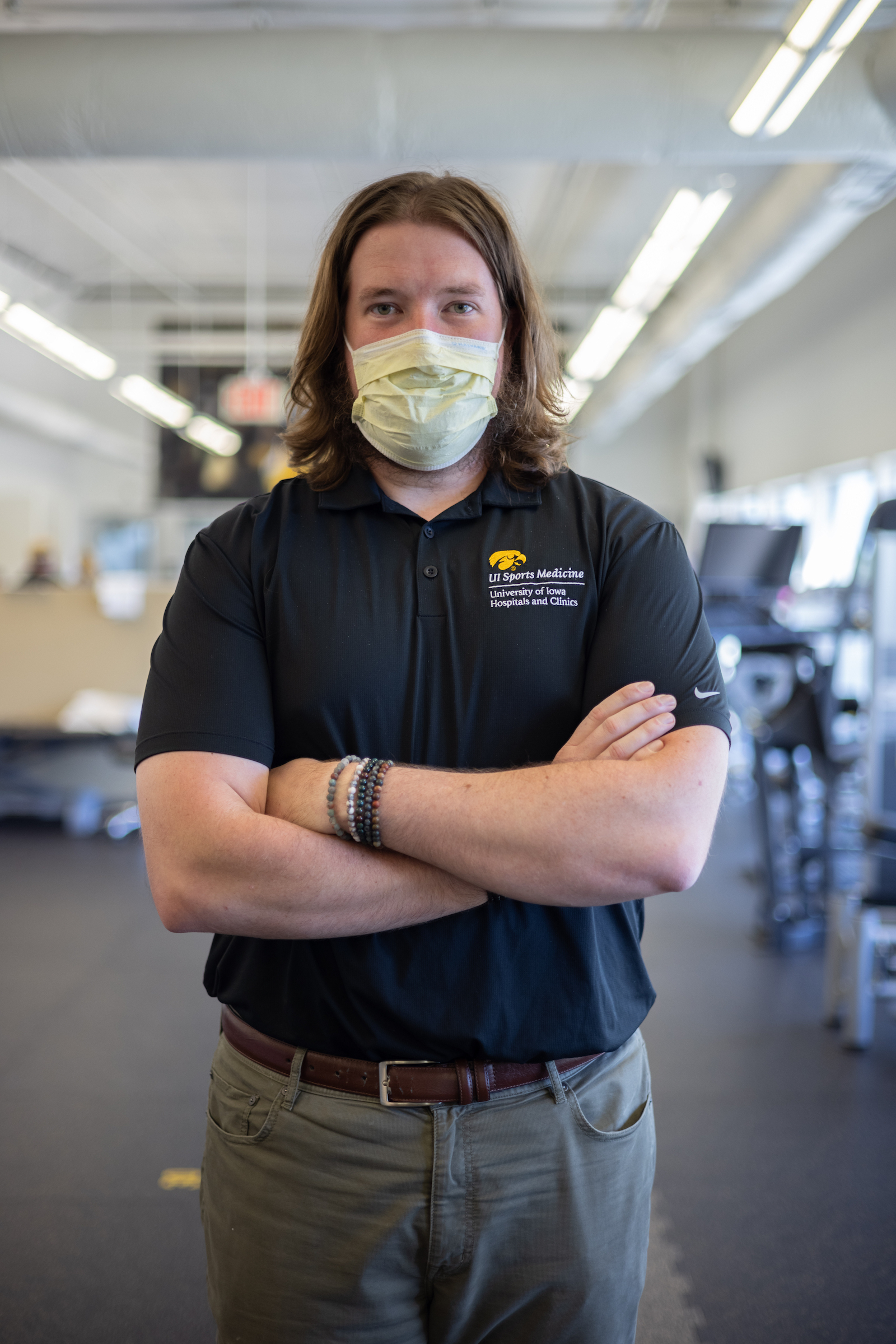 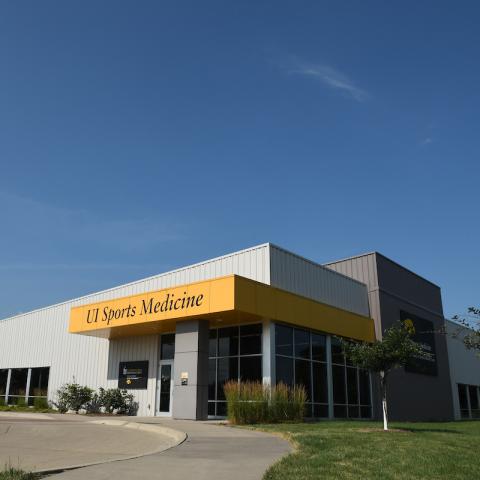 Kruse estimates that the regenerative medicine procedures offered at UI Hospitals & Clinics have had a 75% to 85% success rate since he started the program in 2019.

He treats arthritis and chronic tendon, muscle, or ligament injuries.

“We see the whole gamut here,” he says. “It’s a matter of using the right treatment option for a patient.”

Currently, three procedures are most commonly performed by Kruse’s team:

Platelet-rich plasma (PRP): PRP targets mild to moderate arthritis and soft-tissue injuries such as tendinitis. Kruse estimates that the UI program has done 80 to 100 PRP procedures in the last year—more than all of the practice’s other offerings combined—partially because the treatment has the most evidence behind it and is the simplest and least intrusive to perform. Blood is drawn from the patient and is put into a machine that separates platelets (the healing, or signaling, agents) from the blood. A fluid rich in platelets is then injected into the damaged area.

Microfragmented adipose tissue (MFAT): Kruse has focused on building this aspect of the practice over the past six months. He sees great promise in the ability of MFAT to provide longer-term arthritis relief. The in-office, microinvasive procedure involves using liposuction to harvest adipose tissue, or fat cells, from the abdomen, flanks, or thighs, and injecting them into the arthritic joint. Adipose tissue has the capacity to stimulate healing and provide cushioning within the joint. Part of the procedure’s appeal, he says, is that it’s well-tolerated by the patient.

Bone marrow aspirate concentrate (BMAC): The signaling cells are taken from bone marrow in the pelvis. While BMAC remains a viable option for treating arthritic conditions and soft-tissue damage, Kruse says he’s performed fewer procedures over the past year as MFAT has grown in prominence.

Only evidence-based practice in Iowa

Kruse returned to Iowa in August 2019, in part to build its regenerative medicine program. The opportunity was ideal for Kruse, who previously had been a sports medicine fellow at the UI for a year after doing his residency training at the Mayo Clinic from 2014 to 2017.

Because it’s embedded in a major academic institution, the UI program has the ability to advance as quickly as the field itself. In fact, it can play a role in driving that growth.

There are a lot of exciting treatments in the pipeline right now that I think in the next five or 10 years could be a game-changer. It’s nice to be at the forefront of that.”
Ryan Kruse, MD

Kruse says the UI offers the only evidence-based regenerative medicine practice in Iowa and is part of several ongoing studies measuring variables such as outcomes and side effects. And patients are the most immediate beneficiaries of the university’s research on regenerative medicine.

“We’re really trying to study this so that we can counsel patients better,” Kruse says. “We want to understand who does well, who doesn’t do well, what makes them do well—we want to lead the pack here.

“Plenty of other places are dabbling in some of these procedures without any significant evidence behind them,” Kruse adds. “We’re doing this in an evidence-based manner. We’re studying these procedures, seeing outcomes and monitoring for safety, and making sure, first and foremost, we do right by the patient.”

To further achieve that goal, Kruse and his colleagues can tap in to the university’s array of resources, enabling them to provide treatment in a holistic manner.

“At a large academic institution like this, you’re fortunate to be among a multidisciplinary team,” Kruse says. “I’ve got my regenerative medicine procedures I can offer, but those wouldn’t be helpful if, for example, I didn’t have my physical therapy and athletic training colleagues helping with the rehab. We can address the patient from multiple angles to make sure we have an appropriate treatment plan.”

New options for nonsurgical treatment of common injuries: This growing program offers treatments that use the patient’s own cells to stimulate healing in injured areas of the body.