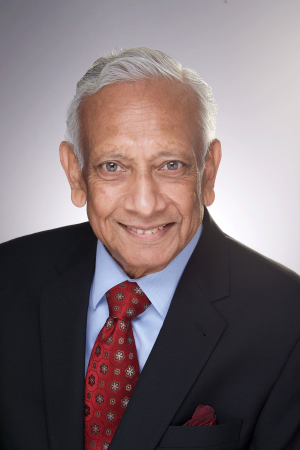 Arnold Menezes, MBBS (74R), a world-renowned neurosurgeon, regularly receives wedding invitations, Christmas cards, and personal letters postmarked from grateful patients all over the world. As a pioneer in designing new surgical procedures to treat disorders at the base of the skull, patients from locations as far as Indonesia, Japan, and South Africa have made the journey to University of Iowa Hospitals & Clinics specifically to see him.

“Prior to our work, one in three people died within three to four days after this type of operation,” says Menezes, a UI professor and vice chair of the Department of Neurosurgery. “We had to figure out some way in which this could be changed. That doesn’t happen anymore, not after what we have done.”

As a researcher and scholar, Menezes’ body of work speaks for itself: 240 peer-reviewed manuscripts, 130 textbook chapters, and four textbooks, including the first textbook on spinal neurosurgery. His lengthy list of honors and accolades includes the 2019 Franc D. Ingraham Award for Distinguished Service and Achievement, the highest honor given by the American Association of Neurological Surgeons and Congress of Neurological Surgeons Section on Pediatric Neurological Surgery.

“He is the most experienced neurosurgeon in the world for these high-risk procedures, and thousands of patients have traveled to Iowa City to be care for by Dr. Menezes,” says Matthew Howard, MD, professor and chair of the UI Department of Neurosurgery.

textbooks published, including the first textbook on spinal neurosurgery

Since he began designing new neurosurgical procedures in the late 1970s, Menezes has treated more than 7,000 patients. Many of those individuals are included in his database, one of the largest to identify and describe the natural history of a number of disorders in the craniocervical region, which is the area where the spine meets the skull. The database covers a wide range of conditions, including birth deformities, tumors, Down syndrome, and rheumatoid arthritis.

To create and fine-tune the procedures, Menezes combined practices from several specialties, including neurosurgery; orthopedics; ear, nose, and throat; and ocular plastics. His treatment algorithms, which were created to guide neurosurgeons through the decision-making process of these complex surgeries, are followed in hospitals worldwide and described in neurosurgical textbooks.

He is the most experienced neurosurgeon in the world for these high-risk procedures, and thousands of patients have traveled to Iowa City to be cared for by Dr. Menezes.”
Matthew Howard, MD, professor and chair of neurosurgery

Despite his legendary stature and prodigious output, Menezes is fiercely loyal to his patients, who keep him updated long after they leave the operating room.

“These patients require intensive management and watching,” he says. “If I operate on any of these patients, I’m here every day they are. I know what they feel when they’re here from Houston, Texas, or spending Christmas away from home. They’ve got different doctors coming in and making rounds, but they’ve also got a familiar face to make them feel more comfortable.”

And Menezes puts just as much care into fostering an environment where a new generation of junior faculty can specialize in pediatric neurosurgery.

It was his mentor, William Bell, MD, who played a key role in convincing Menezes to build a career at the UI.

“In presenting Dr. Menezes with the [2019 Franc D. Ingraham Award], it was noted that over the last 40 years, the Iowa neurosurgical residency program has produced the third-most number of pediatric neurosurgeons in North America—a true testament to Dr. Menezes' mentorship throughout his career at Iowa," says Brian Dlouhy, MD (13R, 14F), UI assistant professor in the Department of Neurosurgery.

His impact persists beyond Iowa, as he has helped establish spinal neurosurgery training programs across the U.S. and in Canada, Mexico, Brazil, and Chile.

“It’s like you’re a parent,” Menezes says of his role as a mentor. “You’re always happy with your children and to see the success that you’ve fostered among the next generation of neurosurgeons.” 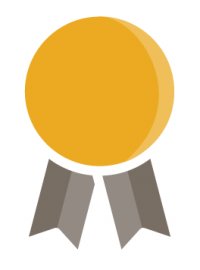