Depression may not be just one disorder. 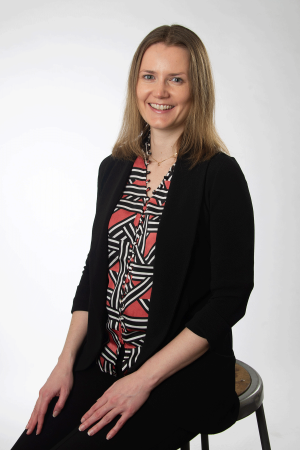 It manifests in a complex and often draining cocktail of symptoms that look different from person to person. Some people report sleeping too much, others not enough. Some gain weight, while others lose their appetite. The antidepressant that brings relief to one individual may have no effect on the next. And some people may be more susceptible to developing depression after a major life stressor, compared to others who bounce back more quickly.

“Depression probably has a lot of different underlying causes, and because of this, we might have better success treating it if we can individualize treatments,” says Rainbo Hultman, PhD, assistant professor of molecular physiology and biophysics in the University of Iowa Carver College of Medicine. “We need to find what each individual person’s challenge is and develop therapeutics for that particular underlying mechanism.”

A key difference may lie in connectivity patterns across multiple brain regions.

“There are so many different brain systems that seem to be coordinated and involved in this very timely way,” Hultman says. “The timing is really critical in how coherent or how well two [brain] regions are talking to one another, but then also how those larger patterns are changing together over time matters a lot.”

Hultman aims to identify molecular targets that affect or alter these network-level electrical patterns in the brain, which could ultimately lead to network-based therapeutics for depression.

In Hultman’s previous work as a postdoctoral researcher at Duke University, her team was able to predict responses to stress based on these connectivity patterns in mouse models of depression. Recording electrical activity from seven major brain regions, the team found that the mice most susceptible to developing depressive-like symptoms following a stressful event had different electrical patterns compared to those that were more resilient in response to the same stressor.

Depression probably has a lot of different underlying causes, and because of this, we might have better success treating it if we can individualize treatments. We need to find what each individual person's challenge is and develop therapeutics for that particular underlying mechanism.”
Rainbo Hultman, PhD, assistant professor of molecular physiology and biophysics

Specifically, the coordination and timing of communication among major brain regions, such as the amygdala, prefrontal cortex, and hippocampus, made a difference in behavior.

The team also found electrical patterns after the stressor that distinguished the depressive symptoms.

“Our data combined with some of the leading fMRI [functional MRI] literature in humans suggest that we will see these patterns in humans, as well,” Hultman says. “The idea is that if we treat the underlying electrical patterns, we can then treat the disease.”

The scientific literature on this pre-stress or vulnerability state that precedes a depressive episode is sparse, but Hultman’s lab in the Iowa Neuroscience Institute continues to explore the molecular factors that impact behavior and when changes to neural connections lead to disease.

Hultman joined the UI faculty in 2018 and is quickly forging collaborations to build on these findings.

“There's so much translational research being done here, and there are many researchers with access to human data to collaborate with,” she says.