Cancer can't hide
The next wave of diabetes care?
Questions and Answers with Patricia Winokur
Bedard: Mining data to reduce post-surgery complications
Scene of the infection

At age 16, Megan Srinivas, (14 MD) MPH, participated in the World Food Prize Foundation’s summer internship, which educates students about hunger. She travelled to rural Kenya and opened her eyes to the world of public health and health care.

The area of Kenya where Srinivas worked had the highest rate of HIV in the world—six out of 10 reproductive age adults were HIV-positive.

One day, she met a mother and her child in rural Kenya, both HIV-positive, struggling with severe hunger. The country had the resources to help them with medications and food but because of the stigma against HIV, they didn’t receive help.

“It was in that moment that I realized I wanted to go into medicine, specifically infectious disease and public health, so that I could be the person to help ameliorate those gaps,” she says.

In addition to her medical degree from Iowa, Srinivas earned a master’s degree in public health from Harvard University, and then completed residency training at Johns Hopkins School of Medicine.

I feel like I have a lot more of a purpose, and a way to make a bigger impact on a population that’s being ignored in our country, than if I went the typical academic route of going back to the East Coast.”
Megan Srinivas (14MD) MPH

After residency, Srinivas’ mentors encouraged her to remain on the East Coast to pursue a career at an academic medical center. Instead, Srinivas felt pulled to return to the Iowa community she grew up in: Fort Dodge.

Now, as an infectious disease specialist, Srinivas studies the health care inequalities that are prevalent in many rural communities.

“I feel like I have a lot more of a purpose, and a way to make a bigger impact on a population that’s being ignored in our country, than if I went the typical academic route of going back to the East Coast,” Srinivas says.

Given that patients and families in rural communities are often far from larger hospitals with medical specialists and subspecialists, Srinivas serves as a resource to rural primary care physicians through a program called Project ECHO (Extension for Community Healthcare Outcomes).

Coordinated by the Iowa Primary Care Association, Project ECHO uses videoconferencing to connect specialists like Srivinas with community-based providers across the state. A physician can submit a case to a team of specialists, who then provide a virtual education session and treatment plan.

“Unfortunately, some people don’t have the ability to drive to get specialty care, especially for hepatitis C treatment,” Srinivas says. “So, this enables us to make it accessible in rural areas.”

Srinivas acknowledges that one of the challenges of working in a small city in a predominantly rural part of Iowa is being one of the few infectious disease specialists in the area. The COVID-19 pandemic has only heightened this challenge, and Srinivas has taken on additional responsibilities, including being involved with clinical trials for the Moderna and Novavax COVID-19 vaccines. 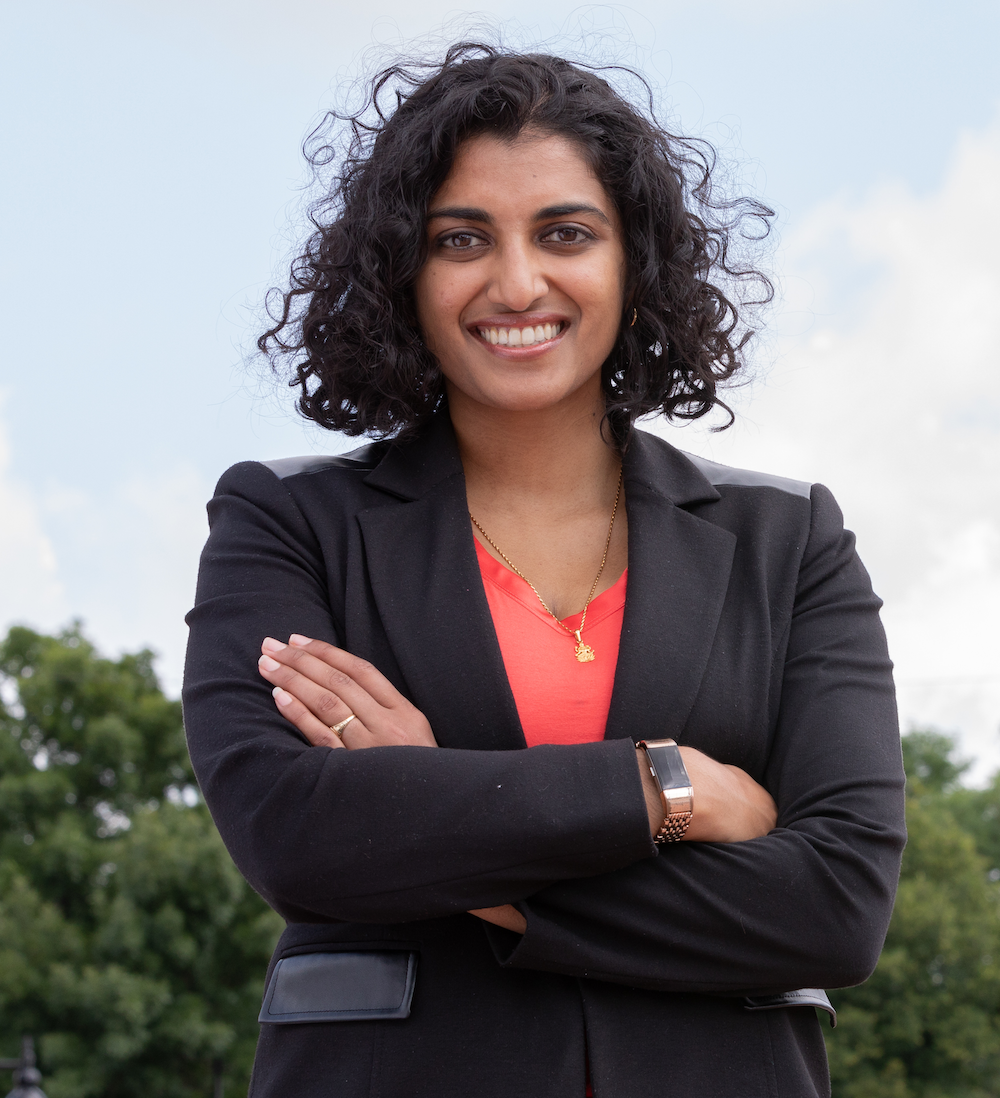 “There's an immediate need for research and public health education in order to overcome this disease,” Srinivas says.

Srinivas was inspired to practice medicine to be a resource to those in need. Now, Srinivas practices medicine to help rural communities, and she’s certain she followed the career path that was right for her.

“Knowing that I’m helping others, especially when it’s a population that I’m from and feel connected to, motivates me,” Srinivas says.

We'd love to hear from you

Send us updates and news at medicine-alumni@uiowa.edu