Seeing through a different lens
UI Health Care first in Iowa to offer non-surgical treatment for congenital heart disease
International Family Medicine Clinic: breaking cultural barriers
Q&A with Alejandro Comellas
For the 20 years that it’s been around, the Mobile Clinic has been growing and adapting

Different bacterial species that exist in close proximity, called polymicrobial communities, send signals to one another that can influence the growth of an infection and its severity.

“We’re interested in these two pathogens because they’re the most common in patients with cystic fibrosis but also the most problematic,” says Limoli, University of Iowa assistant professor of microbiology and immunology. “These bacteria can co-exist within a single patient for many years. There are very few other circumstances where you can actually follow the evolutionary arms race between bacterial species within individual people.”

During her first postdoctoral fellowship at Emory University, Limoli first discovered that patients coinfected by P. aeruginosa and S. aureus had poorer clinical outcomes than those infected with one or the other. Now, her lab seeks to understand how these bacteria interact and influence infection, potentially causing patients to have worse lung infection, pulmonary exacerbations, and shorter lifespans. Limoli recently received a five-year, $1.93 million grant from the National Institutes of Health to fund the research.

These bacteria have a signaling code that her lab is trying to break, Limoli says. For example, the two species can sense each other through secreted chemicals and change their physiology in ways that worsen infection and lead to a decline in lung function.

When P. aeruginosa senses S. aureus, it can respond in two distinctly different ways. It can invade, disrupt, and kill the Staph colonies, or the two species can live together in harmony.

Limoli’s lab is interested in understanding which conditions drive an antagonistic response between the two bacterial species, and which conditions drive a peaceful one. The difference can have significant consequences for the human host, as many of the toxins P. aeruginosa makes to kill S. aureus are also damaging for human cells.

“This is a unique context for studying bacterial signaling because these [cystic fibrosis] patients get lung infections with multiple different bacterial species as soon as they’re born, and then they can keep those infections for the duration of their lives,” Limoli says. “And, even though treatments for people with CF have significantly improved in the last decade, the lung infections remain the most dangerous and deadly consequences of the disease.

“Our hope is that if we can learn about these interspecies communication networks, we could design therapeutics to intervene,” she adds.

The “biogeography” of polymicrobial infections, including the distance between different bacterial species and the spatial organization of bacterial communities, is another fundamental factor in their interactions, according to Limoli.

“If you think about it as a human city—the layout of neighborhoods, roads, communication networks, and waste management systems—those spatial arrangements are going to influence the survival and behavior of the community members,” she says.

A unique aspect of Limoli’s approach is the ability to study bacteria in the actual infection environment. Her lab takes tissue samples from individuals with CF, embeds them in a matrix gel, and then processes the tissue to make it optically transparent for imaging while maintaining a natural,  3-D structure.

While in vitro systems of bacterial communities have a lot of research power, Limoli says, visualizing bacteria in their native environment during infection will yield insight into how bacteria build communities in patients.

“I think really looking at them in their native environment and allowing the bacteria to tell us what’s important is going to shed a lot of light on these interactions,” she says.

Understanding bacterial species’ gene expression—that is, knowing what they are doing and ‘saying’ to each other—may also inform better therapeutics to treat CF and other chronic lung infections. 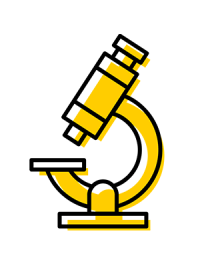 The Limoli lab seeks to understand the interactions between microbial species and how that can have profound influences on health and disease.