Seeing through a different lens
UI Health Care first in Iowa to offer non-surgical treatment for congenital heart disease
Q&A with Alejandro Comellas
International Family Medicine Clinic: breaking cultural barriers
For the 20 years that it’s been around, the Mobile Clinic has been growing and adapting

When Aliye Uc, MD (95R, 97F), formed INSPPIRE [INternational Study Group of Pediatric Pancreatitis: In search for a cuRE] in 2009, she had a straightforward goal:

“Our mission was to improve the lives of children and their families,” says Uc, professor of pediatrics in the University of Iowa Carver College of Medicine. “We wanted to find therapies for pediatric pancreatitis.”

Since then, Uc has become a world-renowned pediatric gastroenterologist and has led INSPPIRE in creating the first and most comprehensive natural history study of the disorder.

The research project consists of 21 sites in the U.S., two in Canada, one in Australia, and one in Israel and is comprised of more than 100 team members, including roughly 45 pediatric gastroenterologists, radiologists, and endocrinologists. Currently, INSPPIRE is following nearly 800 study participants, the most of any study on pediatric pancreatitis.

“I’ve been working in research for over 25 years, and it’s very exciting to work with a disease process that so little was known about,” says clinical research nurse specialist Gretchen Cress, MPH, one of five team members located in Iowa City. “This group in and of itself is creating the knowledge database about the disease. The majority of research out there is coming from this INSPPIRE group. Children’s quality of life is so affected by this disease. To have the hope of helping these kids is pretty amazing.” 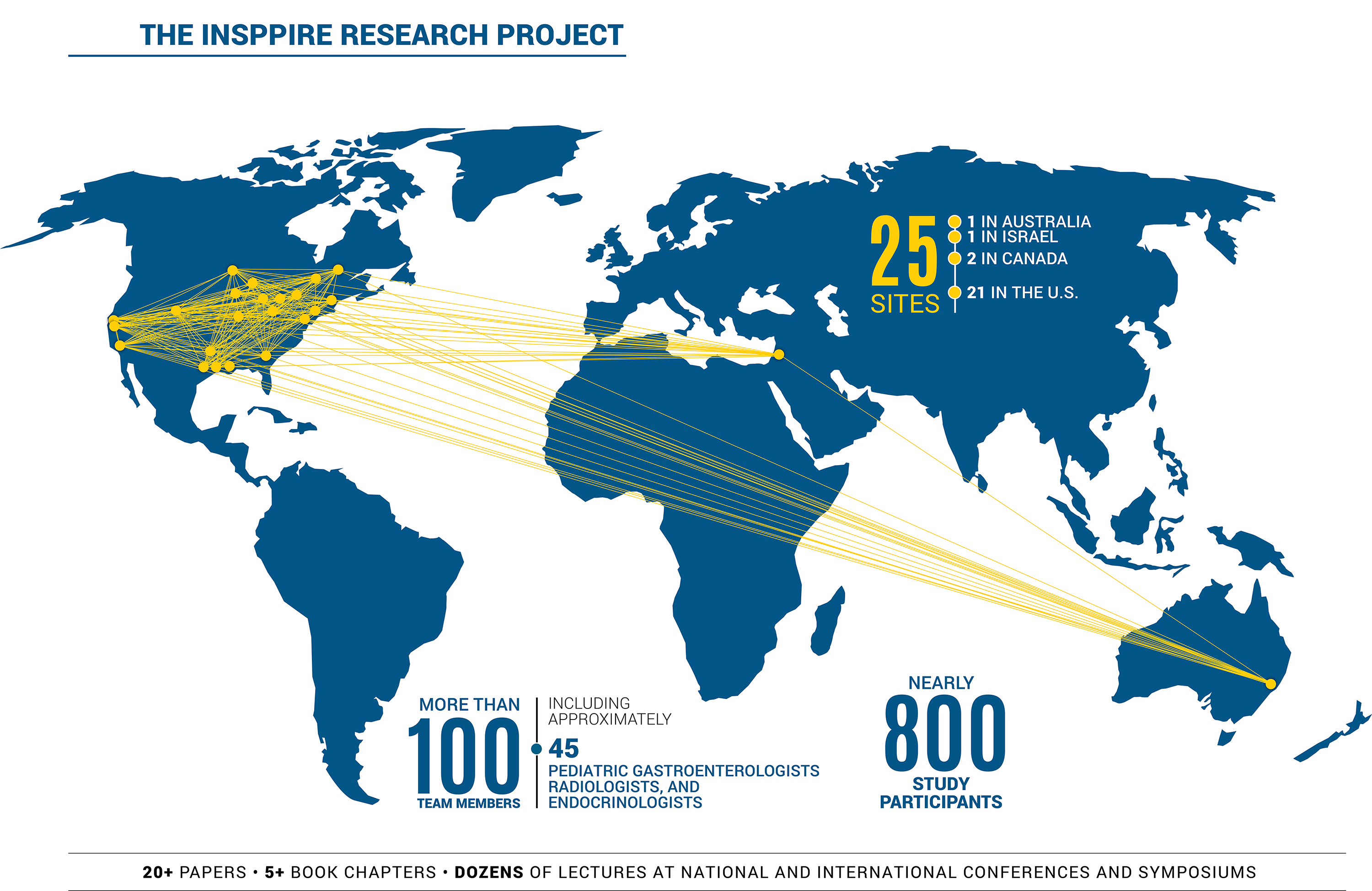 In the beginning, it was only Uc blazing a hopeful new trail. Working in a National Institutes of Health (NIH)-funded laboratory studying cystic fibrosis-related pancreatic disease in the 2000s, she realized that the field of pancreatitis was “very underserved.”

“When I started INSPPIRE, there was very little understanding of pancreatic disease in children, and this wasn’t even all that long ago,” Uc says. “The doctors were not diagnosing pancreatitis properly. If a child presents with abdominal pain and vomiting, you diagnose only what you know. The children would not get the proper tests and treatments because no one would think of pancreatitis.”

Misdiagnoses weren’t the only issue. During those initial years, she and the INSPPIRE team fought an uphill battle.

“One very important thing is that when children present with multiple attacks of pancreatitis, genetic factors are the most common culprit,” Uc says. “Environmental factors such as smoking and alcohol are extremely uncommon. There is a stigma about pancreatitis that it’s always related to alcohol. Even with our young patients, when they present to the emergency room and get the diagnosis of pancreatic disease, they are asked whether they smoke or drink. That’s just not the case.”

A shift began to occur, however, in 2012. Uc and her colleagues published a paper in the Journal of Pediatric Gastroenterology and Nutrition that established criteria for diagnosing pancreatitis.

“It helped to have clinicians agree on a common language,” Uc says.

The families have been such wonderful partners. They’ve been underserved and neglected for so long. The relationships you build because you care and want to make a difference are wonderful. It’s a bond.”
Aliye Uc, MD

That same year, Uc received a competitive R21 grant from the NIH to fund INSPPIRE, and the project took off.

Since then, the impact of INSPPIRE has grown. Among its accomplishments, the project has demonstrated that pediatric pancreatitis can be traced to genetic and congenital factors, not environmental influences.

“Most of what was known in medicine about pancreatic disease was in the adult world, where the risk factors—such as alcohol, smoking, and gallstones—are completely different,” Cress says.

“I hope that as our research findings are further disseminated, stigmatization that a child with pancreatitis must be smoking or drinking will disappear,” Uc says.

INSPPIRE has also greatly improved the understanding of how the family dynamic can be affected by the condition.

“When the children are so sick, they have to be admitted to the hospital for several days, and multiple tests, procedures, surgeries may have to be done,” Uc says. “That affects the kid’s life and the family’s life. And sometimes they get addicted to pain medications, or they have emotional and mental health issues. This wasn’t fully known until we got involved in this research.”

The international group has published more than 20 papers and five book chapters on pediatric pancreatitis. Additionally, INSPPIRE team members have lectured at dozens of national and international conferences and symposiums.

These efforts have inspired like-minded efforts among medical organizations such as the National Pancreas Foundation, and it has prompted the North American Society For Pediatric Gastroenterology, Hepatology & Nutrition to form a pancreas committee.

“I think the biggest impact is our dissemination of knowledge about the disease,” Cress says. “The awareness does actually help local physicians make decisions to transfer kids to where they can receive the care that is required.”

Many challenges remain before INSPPIRE reaches its end goal of developing therapeutics for pediatric pancreatitis, including continued funding to fulfill its ambitious mission.

In 2015, Uc obtained an NIH U01 grant to continue to fund INSPPIRE. These grants are awarded only to high-risk, high-impact, and large multicenter studies. And due to the ongoing success of INSPPIRE, Uc's grant was renewed for another five years in 2020.

There are already studies sprouting from INSPPIRE that are assessing the value of diagnostics and treatments. One example is an NIH-funded study of internet-based pain intervention using cognitive behavioral therapy, according to Uc.

Currently, the team is focused on finding risk factors for the development of chronic pancreatitis—a condition that can lead to the pancreas failing to regulate digestion of nutrients and blood sugars—and is evaluating the value of diagnostic testing.

“In order to have a meaningful study, it has to be large,” Uc says. “Our sites are spread across the globe. Since it’s not a common disease, you have to have multiple sites to make a meaningful cohort. And you have to manage the study very meticulously to make sure your data is top quality; it has to be done perfectly. It takes a well-designed and perfectly executed longitudinal study to accomplish all of this.”

With over a decade of NIH funding and international collaboration, Uc hopes that INSPPIRE will grow and continue fulfilling its mission.

“You don’t realize as you go through this, but looking back at where we were 10 years ago and where we are now, the field really took off,” Uc says. “People started paying attention to: ‘Yes, there is pancreatitis in children. And yes, those families need attention. They’ve been neglected for so long.’ 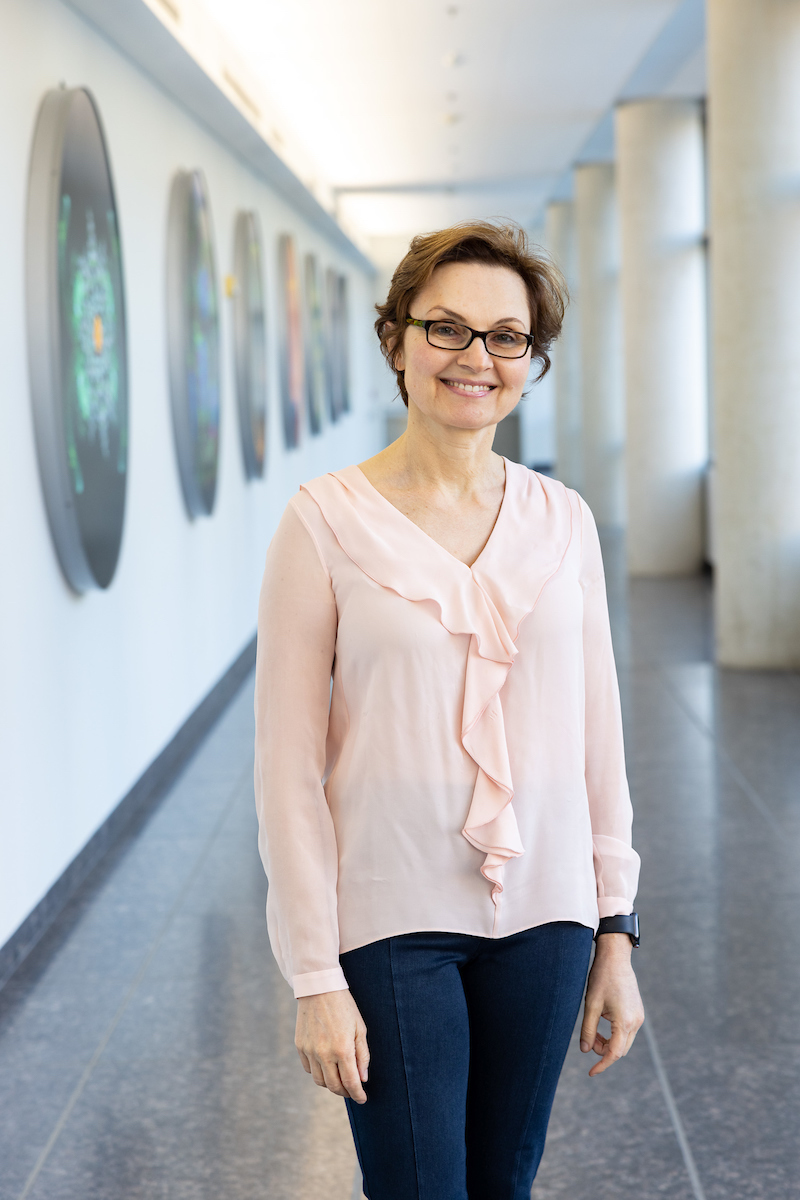 Composed of 25 sites throughout the world, the INSPPIRE group was formed to research ways to better diagnose, evaluate, and treat pediatric pancreatitis.