Surgery gives Vinton mom a ‘second chance’
Rx for mental health in aging Iowa
A type of pulmonary hypertension, CTEPH can be cured but is often undiagnosed

One man's vision
Ovary, the rainbow

The University of Iowa campus resembled a military base in fall 1918 as nearly 2,000 young men from across the U.S. joined the ranks of the Student Army Training Corps, quickly learning skills that would prepare them for action in World War I. Packed together in campus housing and temporary barracks, the student cadets’ first battle was with the influenza pandemic circling the globe. To try to contain the outbreak, patients were quarantined in university facilities when University Hospital’s isolation wards filled up, cadets were barred from classes, and Iowa City officials closed public spaces. The flu caused about 675,000 deaths in the U.S. and at least 50 million deaths worldwide, according to the Centers for Disease Control and Prevention. 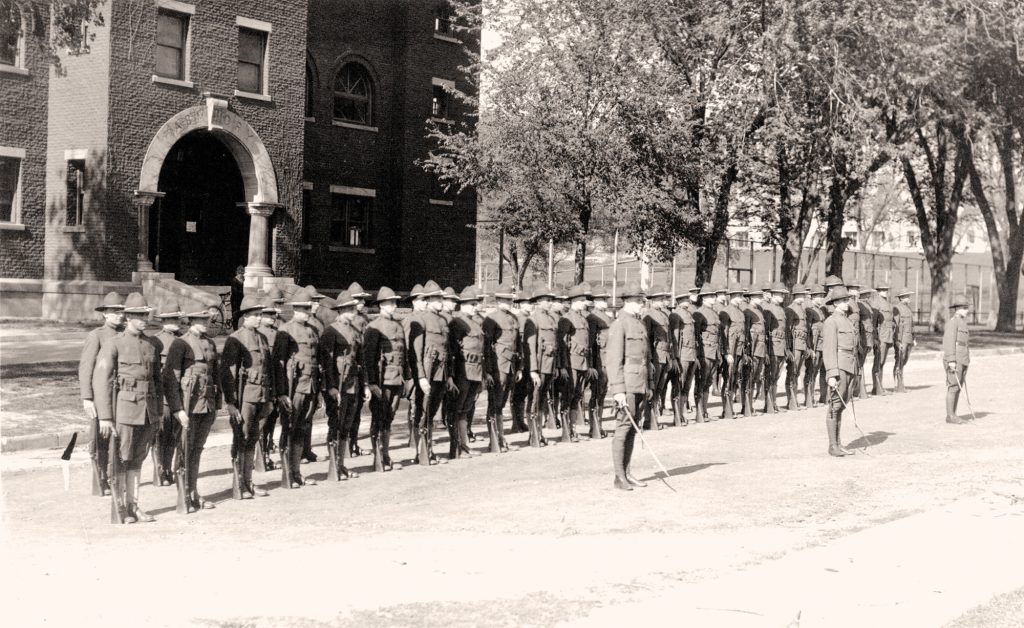